VEEP at the 76th Graduation Ceremony 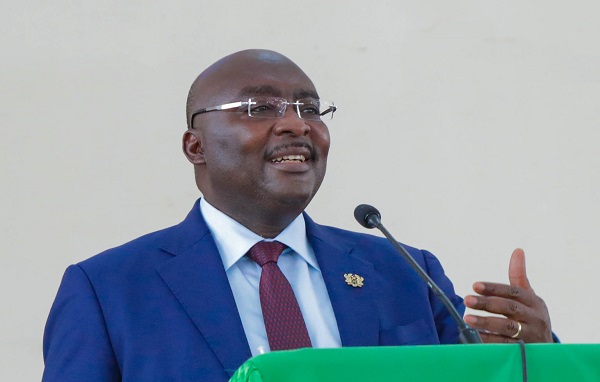 “We need to work consciously on the nation’s value systems to enhance the moral temper of the country to help accelerate national development,” he said.

The Vice President, who was addressing the 76th graduation ceremony of the Trinity Theological Seminary, Legon, said “our values are very important, and we should hold on to them.”

Dr Bawumia said data showed that a majority of Ghanaians were religious and religion did not only have a profound influence on the country’s moral values and life, but also on the development of the country.

“This would yield the fruit of good citizens who actively participate in all public institutions for the common good,” he said, stressing that it would be an important complement to the economic and social initiatives being undertaken by the government to advance the nation.

He said, the country could build a distinct moral identity and constitute a reference point for people of other nations and endeavour, in public and private lives, to do what was morally right and eschewing what was morally evil.

He noted that a high sense of morality was a prerequisite of good citizenship and not material wealth, prosperity or religion was what citizens needed to build a good society.

Corruption, the Vice President reiterated, was one of the major moral cankers facing society, and said it was an issue political parties endlessly talked about but very little had been done about it in the past.

Prof Ato Essuman, Member, Council of State, said morality was the bedrock upon which society rested, adding that every society was structured on moral principles which implied an implicit undertaking of a social contract to observe those moral principles.

According to him the neglect of public morality in any society was diametrically opposed to that society’s development and growth, and said such society experienced injustice, instability, public corruption, social-disorder and many other vices that were inimical to its development.

He said the standard of public morality at any given time and place was very much influenced by the prevailing socio-economic and political environment as well as the solidity of traditional moral foundations, be those religious, professional or social ultimately geared societal transformation.

Touching on nation building, he said, it was a task that required efforts on the part of leaders and citizens, and particularly decried how some industries and organizations set up during the pre and post-independence era to advance the economic fortunes of the country had collapsed.

“Our mindsets affect our attitudes and behaviours and these affect our productivity and our capacity to operate at the optimal level,” he stressed.

He, therefore, proposed that faith-based education and the entire education system should focus, among others, on moral education, love for country, issues about integrity and service to change mindsets and bring attitudinal change among the citizenry.
Credit GNA